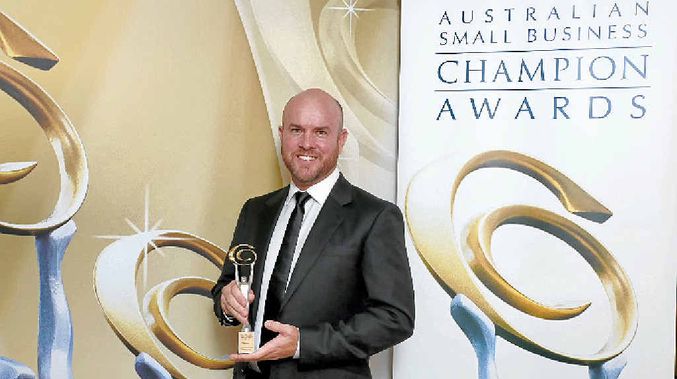 RECOGNITION is important, which is why staff at John Pearson Consulting are thrilled that the Bokarina firm has been named the 2015 Australian Small Business Champion for indigenous business.

Since 2010, JPC's Indigenous Workstars has placed more than 650 into employment, something which general manager of operations Tim Robson says the team is very proud of.

Mr Robson said the award was a huge surprise, and a great reward for his team, who work tirelessly at what they do. "We definitely didn't know it was coming. To be honest, it's great for us to be recognised in an Australia-wide award that has a lot of competition and many finalists."

"We want to help individuals to afford the same opportunities as non-indigenous Australians," he said.

The Indigenous Workstars recruitment service had experienced fast growth in the three years it has operated, Mr Robson said.

"We had more people requesting more work because we were getting great outcomes," he said.

"I think that's because we really respect our clients. We always put them first.

"We always try to listen to what their problems are and respect that indigenous culture."

Mr Robson said respect and trust were essential when working with indigenous communities.

"There's a high value of trust with indigenous communities," he said. "We take the time to get to know our clients."